Our Local History A general overview of Camperdown & District past to present. 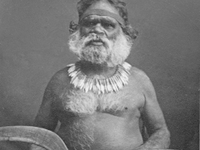 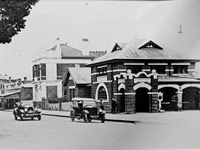 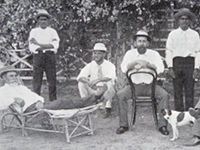 Manifold brothers (in foreground) with staff at Purrumbete, c1865 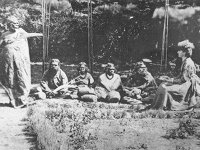 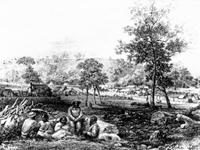 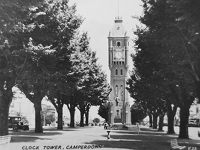 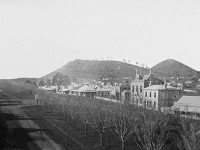 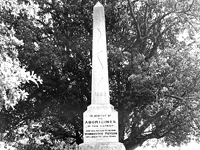 The Djargurd Wurrung people are the traditional Aboriginal owners of the land around Camperdown and district. For tens of thousands of years they successfully occupied the area as a semi-nomadic hunter gatherer society.

The Djargurd Wurrung consisted of 12 clans, sharing a common language and strong cultural and family links, but each with its own territory and traditions. The Camperdown area was the territory of the Liwura Gundidj clan.

After the coming of the Europeans in 1838, land dispossession, starvation, disease and massacres, all contributed to a rapid decline in the Aboriginal population. In the 1860s, most surviving members of the Djargurd Wurrung were forced, or pressured to move to an Aboriginal Mission at Framlingham, about 50 km west of Camperdown. Their descendants survive and thrive to this day.

Territory of the Djargurd Wurrung: 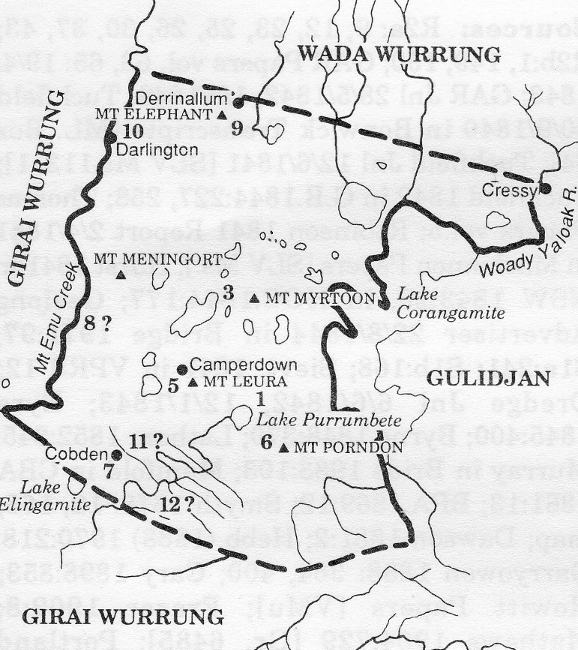 The first European settlers to arrive in the Camperdown district were the Manifold brothers; John, Peter and Thomas.

After discovering the rich land of the area during an exploratory trip in late 1838, the English born Manifolds relocated from their property on the Moorabool River near Geelong, in January 1839.

They built a crude hut on the north side of Lake Purrumbete, a freshwater crater lake a few kilometres east of present day Camperdown. Their vast holding at one time covered around 100,000 acres.

John wrote to his mother: ‘We are at last got to the land we wished for … it is a beautiful place, and cannot be surpassed by any I have ever seen’.
Other settlers soon followed and by the early 1840s, most of the land in the district had been taken up.

Dr. Daniel CurdieScots were numerous among the early settlers and they played a major role in the progress of Camperdown and district. The Scots were generally well educated and had a strong commitment to community service.

Many became successful farmers and business people. Others became Shire Councillors or assumed leadership roles with the Presbyterian Church, the Freemasons, and on various other boards and committees. 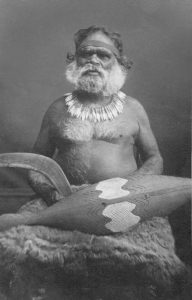 Wombeetch Puyuun (also known as Camperdown George) was a well-known and popular figure in the early days of Camperdown. When he died in February, 1883, he was the last member of the Liwura Gundidj clan still living on his ancestral land.

At the time of his death, aged about 65 years, his friend and Aboriginal Guardian, James Dawson was on a trip to his native Scotland. On his return, he was shocked to learn that his friend had been buried in a boggy, scrubby area of the Camperdown cemetery set aside for Aborigines..

After an unsuccessful appeal for public support to finance a memorial in the cemetery, Dawson had a granite obelisk erected at his own expense. He re-buried the remains of Wombeetch Puyuun at its base. This 7 metre tall obelisk remains as a unique memorial to Wombeetch Puyuun and the Aborigines of the district. 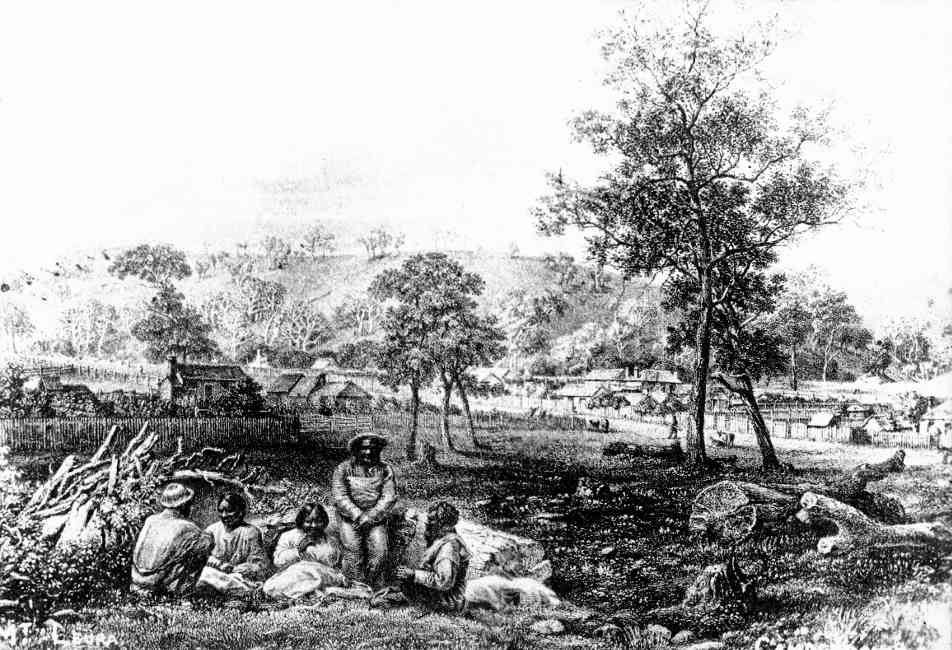 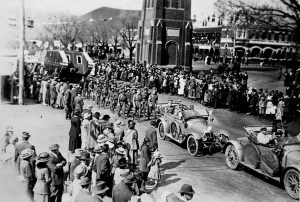 In the 1840s, a small township grew about 2 km north of present day Camperdown. It was named Timboon, an Aboriginal word meaning “mussel shell’. The site of this township was found to be too wet and boggy.

In 1851, Government surveyor Robert Dunbar Scott was sent to the district to locate and survey a more suitable site for a town. Scott camped near the present site of Camperdown’s Hampden Hotel in the foothills of Mount Leura.

In his diary, he wrote: ‘I awoke to the musical chorus of the magpie and kookaburra singing from a tree-belt which sparkled in the sun as jewels set in a seemingly endless countryside. There are miles of fertile plains, hills and valleys surrounding the mount – all suitable for development.’

Charles La Trobe, superintendent of the Port Phillip District, chose the name for the future town during a visit to the area in March 1850. While on a kangaroo shoot with local settlers Niel Black and Duncan McNicol, La Trobe named the town Camperdown, in honour of the Scottish naval hero Admiral Adam Duncan, Earl of Camperdown.

The first house in the new township was erected by David Fenton in 1853, where the Commercial Hotel now stands. Camperdown has since developed into the major service town for the Corangamite Shire. 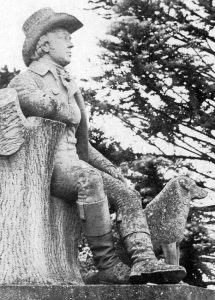 Over the years, Camperdown has benefited immensely from the patronage of the Manifold family and the wealth created by the wool and dairy industries. This wealth is reflected in the town’s beautiful tree lined avenues, numerous monuments and fine historic buildings.

In the period 1880 – 1930, there was a transition from simple wooden structures to more substantial “bricks and mortar”. Many of Camperdown’s notable historic buildings were erected during this time.

The town is renowned for its beautiful Avenue of Elms, planted in 1876. The Avenue and all the monuments along it, are listed on the Heritage Victoria Register. The most prominent and significant structure in the Avenue is the gothic style Clock Tower. Built in 1897, this is acknowledged as the finest free standing Clock Tower in Australia.

Camperdown is the home of the world’s oldest statue of the great Scottish poet, Robert Burns. Crafted in Scotland in 1830, the statue was brought to Camperdown in1883 by Scottish settler, William Andrew Taylor. For the next 125 years the statue stood on a plinth in the Camperdown Botanic Gardens. After being severely damaged by vandals in 2009, the statue was removed from the Gardens and was carefully and faithfully restored. It is now securely displayed in the Corangamite Shire offices.

Camperdown is located within a magnificent, volcanic landscape. The area is famous for the concentration and diversity of its (long dormant) volcanic features. Close to Camperdown are basalt plains, many scoria cones, deep crater lakes and hundreds of shallow lakes formed by the blocking of streams by lava flows.

Camperdown sits on the lower slopes of Mount Leura, which together with nearby Mount Sugarloaf are part of a large extinct volcanic complex known as the “Leura Maar”.

Nearby are several deep volcanic crater lakes. To the west of Camperdown, are Lakes Bullen Merri and Gnotuk. To the east is Lake Purrumbete, the site of the first European settlement in the district. 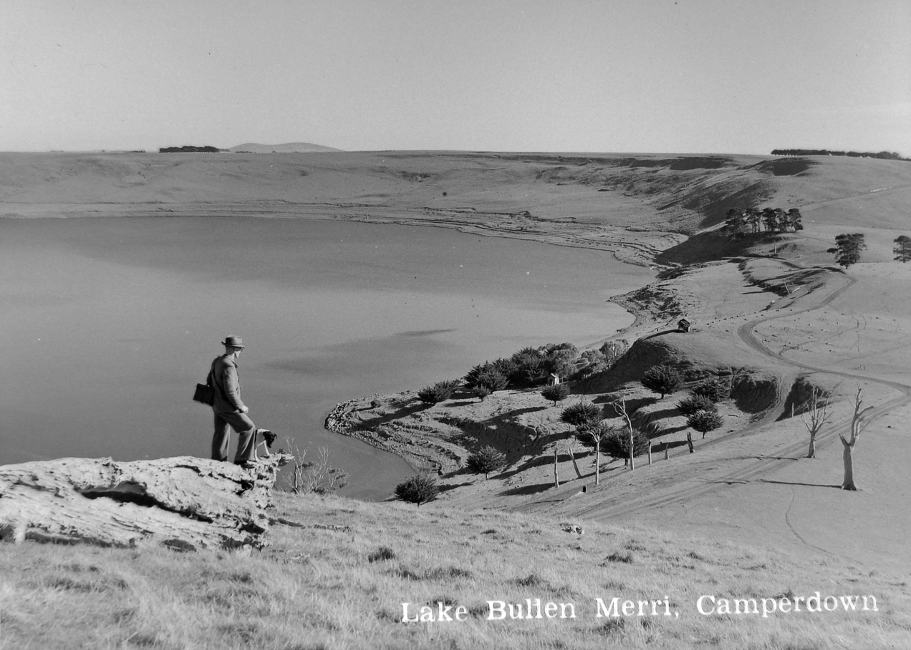